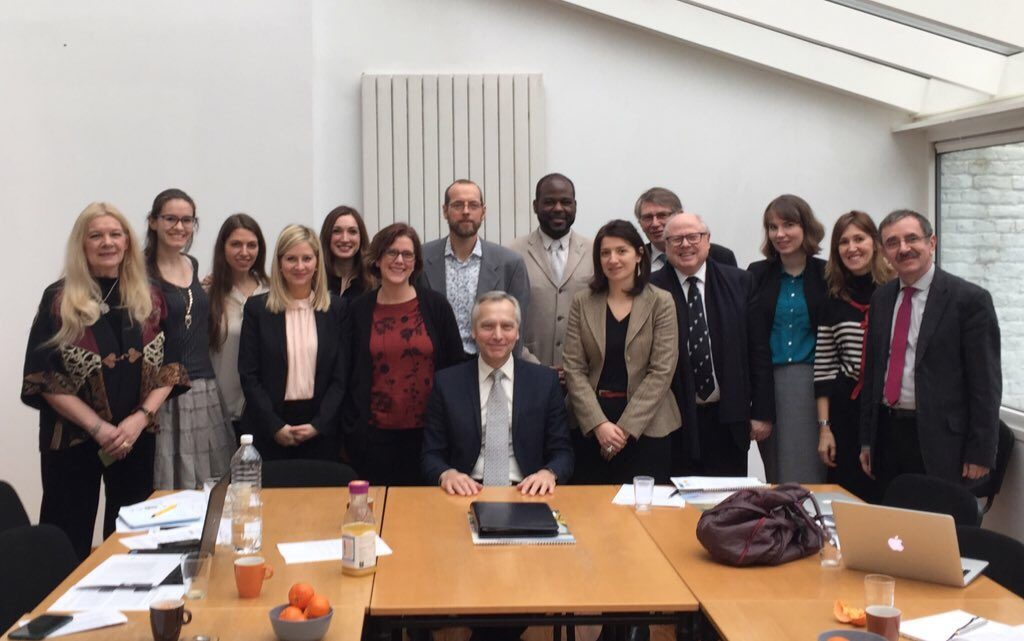 The European Platform against Religious Intolerance and Discrimination (EPRID), a Brussels-based network of civil society religious and non-religious organisations working to mainstream freedom of religion or belief (FoRB) in EU policies and practices, sent an Open Letter today to leaders of the European Union urging them to continue and strengthen the mandate of the Special Envoy for the promotion of Freedom of Religion or Belief outside the European Union. The mandate was created in May 2016 and Dr Ján Figel (former European Commissioner for Education, Training, Culture and Youth) was appointed as the first Special Envoy for a period of one year.

EPRID members applauded the achievements made by Dr Figel during his short time in office and stressed that “in the current international climate of persecution and diminution of the basic freedoms of religion, belief and expression, the continuation of an informed and articulate voice on behalf of Europe is necessary”.

However, EPRID also expressed concern that the mandate’s true potential was weakened by lack of resources, limitations on institutional authority and the short period of its duration. Without swift measures to address these issues, they said, the mandate risked to fail, or “worse still, to lapse into window dressing and tokenism at a time when real action is required of the EU”.

EPRID’s letter was signed on behalf of its members (1) by the Board of Coordinators, Dr Susan Kerr (CSW), Penelope Faulkner (Quê Me-VCHR) and Christel Lamère Ngnambi (EEA).

(1) The European Platform on Religious Intolerance and Discrimination (EPRID) is a network of civil society organisations, including religious and non-religious associations operating at EU level. EPRID aims to contribute to the collective promotion and protection of the right to freedom of religion or belief in the world as defined by Article 18 in the Universal Declaration of Human Rights. Its members include: Association Internationale pour la Défense de la Liberté Religieuse; Bahá’í International Community; CEJI – A Jewish Contribution to an Inclusive Europe; Christian Solidarity Worldwide; Conference of European Churches; European Evangelical Alliance; European Union Office of The Church of Jesus Christ of Latter-day Saints; Global Human Rights Defence; Human Rights Without Frontiers; Open Doors International; Quê Me: Vietnam Committee on Human Rights.

Previous Open Letter from EPRID to the Presidents of the European Council, European Parliament and the European Commission regarding the continued mandate of European Special Envoy on FoRB
Next International Reports and Ressources on Religious Freedom