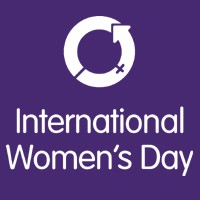 PARIS, 7 March 2017 (VCHR) – As the world prepares to celebrate International Women’s Day on 8th March under the theme “Be Bold for Change”, women in Vietnam are paying a high price for standing up for their rights. Women human rights defenders, bloggers, on-line journalists, land rights and worker rights activists, religious and political dissidents are the target of brutal attacks, harassments, intimidation, arbitrary arrests and ill-treatment in detention simply for the peaceful advocacy or exercize of their human rights.

Thirty-five years after Vietnam ratified the UN Covenant on the Elimination of Discrimination against Women (CEDAW), gender discrimination and abuses of women’s political, social and economic rights persist in every domain. In the workplace, women work longer hours than men, are paid less and are in poorer health. Trafficking of women and girls for sexual and labour exploitation, domestic violence, discrimination in access to health care, education and land rights are widespread. Given the absence of independent women’s civil society organizations, free trade unions, independent media and an independent judiciary in Vietnam’s communist state, women have no means to voice their grievances or seek remedy for abuses of their rights.

VCHR pays tribute to all these women. We cite some salient examples below:

Nguyễn Ngoc Như Quỳnh, 37, alias “Mẹ Nấm” (Mother Mushroom), one of Vietnam’s most prominent bloggers and human rights defenders. A leading voice of her generation, she has been blogging on social and political issues since 2006, and suffered repeated harassments.  Arrested on 10 October 2016 in central Vietnam, Như Quỳnh is charged with “spreading propaganda against the Socialist Republic of Vietnam” (Article 88 of the Criminal Code). She risks a maximum prison sentence of 20 years. Như Quỳnh has not been allowed to meet her lawyer or family since her arrest, and in January her pretrial detention was extended until May 2017 (three months beyond the normal 4-month period) without any explanation. Bloggers believe her arrest is aimed to discourage the younger generation and “cut off the snake’s head”. They say, however, that this tactic will fail, since many are ready to take her place. On her blog, she wrote: “the greatest danger facing the Vietnamese people today is fear – the fear inside each person’s heart that is slowly, inexorably stifling our vitality and our very future. Dispelling this fear is the most urgent challenge we face. If we can’t solve this problem, there is no point in talking about democracy, independence or preserving national sovereignty. The destiny of Vietnam is in our own hands. It is up to us, no-one else.” (17.9.2011).

Trần Thị Nga, 40, an outspoken human rights defender, labour rights and land rights activist. She was arrested on 21 January 2017 at her home in Phu Lý, northern Vietnam and accused of “using the Internet to spread propaganda videos and writings against the SRV” (Article 88). She is the mother of four children, the youngest of whom is only four years old. When she was 20, Nga found work in Taiwan through a broker, who confiscated her passport and kept 80% of her earnings. On returning to Vietnam, she engaged to defend women trafficked overseas for labour exploitation and victims of land confiscation. She has been repeatedly beaten and harassed for her activities. In 2014, she was attacked while riding on a bicycle with her children. Men armed with iron pipes beat her brutally, breaking her leg and arm. Nga also faces a prison sentence of up to 20 years if convicted. She is currently held incommunicado at Hà Nam provincial prison.

Trần Thị Thúy, 45, a Hoa Hao Buddhist. She became involved in the struggle for land rights after her family’s land was seized by local authorities. In 2010, she was arrested in Bến Tre and sentenced to eight years in prison at a closed trial in May 2011 on charges of “activities aimed at overthrowing” the state (Article 79 of the Criminal Code). Currently detained in An Phước Detention Camp in Bình Dương province, Ms. Thúy is critically ill. In 2015, she was diagnosed with a tumour on her uterus, but has been denied medical care and is now hardly able to walk. She also suffers from painful boils all over her body. Her family believes she is subjected to such harsh treatment because she refuses to admit she committed a crime. Her treatment is a grave violation of the UN Convention against Torture, which Vietnam ratified in 2015.

The long list of women in prison includes Ms. Lê Thu Hà, arrested on 16 December 2015 along with human rights lawyer Nguyễn Văn Đài and still awaiting trial on charges of “spreading propaganda against the Socialist Republic of Vietnam” (Article 88); Ms. Nguyễn Thi Minh Thúy, condemned to three years in prison in March 2016 for “abusing democratic freedoms to harm the interests of the State” (Article 258) because of her work with Nguyễn Hưu Vinh on AnhBaSam, one of Vietnam’s most influential blogs (Vinh received a 5-year sentence).

Women also face harassments and intimidation for their human rights activities. In February 2017, online journalist and blogger Phạm Đoan Trang was threatened and harassed to prevent her meeting a delegation from the European Parliament visiting Vietnam to assess the human rights situation.

On the occasion of International Women’s Day, VCHR calls on Vietnam to: