AEDH and the Vietnam Committee on Human Rights express their grave concern about systematic violations of the right to freedom of religion or belief in Vietnam.

Freedom of religion or belief is a universal right, enshrined in Article 18 of the ICCPR. Vietnam has been a state party to the Covenant for almost 40 years. Yet today, members of all religious communities continue to suffer harassments, intimidation, surveillance, confiscation of property, arrest and imprisonment on account of their religious beliefs.

Vietnam’s Law on Belief and Religion is grossly inconsistent with international norms. Only state-registered religious organizations have legal personality, whereas independent groups such as the Unified Buddhist Church of Vietnam, Protestant house churches, Hoa Hao, Cao Dai or Khmer Krom Buddhists are outlawed and their activities banned.

At its third UPR this year, many states urged Vietnam to bring the Law on Religion into line with international standards, cease repression of independent religious communities and release religious prisoners. Vietnam rejected these recommendations.

When my Committee and several international NGOs echoed many states’ concerns about religious discrimination, Vietnam’s head of delegation publicly accused us of being “biased and irresponsible”. If we were in Vietnam, we would probably be in prison by now !

It is inadmissible that Vietnam treats civil society with such disdain. We contribute to the debates of this Council in a spirit of sincere dialogue. Vietnam should heed the voices of civil society inside and outside the country, and accept their contribution to building a just society in Vietnam. 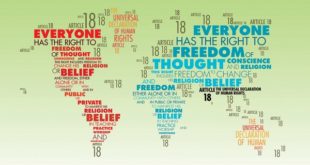 Mr. President, Distinguished Experts, Thank you for giving the Vietnam Committee on Human Rights the …