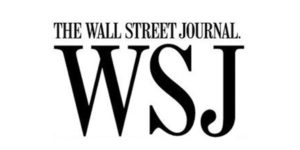 The United Nations Human Rights Council last month extended the mandate of a special rapporteur to monitor abuses of human rights defenders around the world. While that vote was happening, one of Vietnam’s respected human rights defenders, Dinh Dang Dinh, was dying of stomach cancer in his modest home in Dak Nong. After serving two years of a six-year sentence for “anti-Socialist propaganda,” being denied medical care, and receiving beatings rather than treatment when he complained of pain, Dinh Dang Dinh was suddenly “amnestied” by the Vietnamese President Truong Tan Sang on March 21. He died two weeks later, on April 3.

Dinh, aged 51, was a former officer in the People’s Army and a high school chemistry teacher. As the Soviet Union crumbled in the early 1990s, he dreamed of similar changes in Vietnam. In 2005, with Vietnam’s rapid opening to the Internet, he began posting articles calling for political pluralism and human rights on independent blogs. He became a leading critic of bauxite mining in his home region, the Central Highlands. Tendered to Chinese firms using obsolete technologies which produced mountains of toxic red sludge, the project was an ecological disaster, polluting the waterways and threatening the environment thousands of ethnic tribes people. Dinh, known affectionately as “teacher Dinh” actively mobilized local residents to sign petitions opposing this “ambitious and foolish project.”

His activism drew the support of many local residents and also made him a target of harassment from the authorities. In October 2011, he was abruptly arrested and sentenced to six years in prison at a summary trial in Dak Nong, with no lawyer to represent him. The sentence was upheld on appeal in a hearing that lasted only 45 minutes.

Dinh experienced severe stomach pains during his detention at An Duong Prison Camp in the southern province of Binh Duong. Instead of granting him medical treatment, the prison wardens beat him and detained him in solitary confinement. His family was horrified by the rapid deterioration of his health. In September 2013, he was taken to a hospital belonging to the Ministry of Public Security, where three-quarters of his stomach was removed. Doctors announced he was suffering from advanced stomach cancer. Despite his critically poor health, he was taken back into prison after surgery.

Hanoi’s inhumane treatment of this peaceful environmentalist triggered strong international protests, including letters from the U.S. and E.U. ambassadors to Vietnam. When Dinh was hospitalized again in January this year and his cancer was pronounced beyond treatment, Vietnam’s leaders allowed themselves to be magnanimous, knowing they had nothing to lose. The presidential amnesty, delivered in March, did not even pretend to be on humanitarian grounds. It was granted with the purpose of “meeting the requirements of domestic and foreign affairs of State.” In Hanoi-speak, this means giving in to foreign pressure when it fits the needs of the regime.

With a consistency typical of the Hanoi regime, while human rights defender Dinh was dying quietly at home, Vietnam’s delegation to the U.N. was vociferously opposing a resolution at the Human Rights Council to support human rights defenders world-wide. The resolution would renew the mandate of the Special Rapporteur on Human Rights Defenders. The post was created after the adoption of the landmark “U.N. Declaration on Human Rights Defenders” in 1998, which defines the rights of all people to engage peacefully to defend the rights of others, and specifies the responsibility of states in enabling such activists to conduct their activities without fear of repression or imprisonment.

Joining with Belarus, China, Cuba, Russia, Saudi Arabia and other partners, Vietnam, now a member of the Human Rights Council, sought to block the resolution and proposed amendments – which fortunately were overturned – to undermine the mandate. “People who are so-called human rights defenders are not a vulnerable group,” a Vietnamese diplomat said at a closed-door meeting, according to one of our sources, and besides, “the word human rights defender does not exist in my country.”

These claims echoed the words of Deputy Foreign Minister Ha Kim Ngoc at Vietnam’s Universal Periodic Review (UPR) in February, who asserted that Vietnam has a “consistent policy” to respect, protect and promote all fundamental human rights and promised that Hanoi would “expand democracy.”

The word “human rights defenders” may not exist in the vocabulary of Hanoi’s communist leaders, but courageous people have made it a reality in Vietnam. With his last words, Dinh Dang Dinh asked nothing for himself, but urged international scrutiny into detention conditions in Vietnam’s prisons and camps, the torture and systematic denial of medical care : “This is the first thing the international community must pay attention to,” he said. Indeed, it certainly should.

Mr. Ai is president of the Vietnam Committee for Human Rights and Quê Me : Action for Democracy in Vietnam.

[RFA] NGO Hits Back at Vietnam’s Denials of Rights Abuses