PARIS, 13 July 2016 (VCHR) – On behalf of the Unified Buddhist Church of Vietnam (UBCV) Venerable Thich Thanh Quang, head of the UBCV Executive Office, has sent a letter to the Vietnamese government and Communist Party calling on them to bring Formosa Hà Tĩnh Steel Corporation to court to determine the proper sanctions and compensation the company should pay for causing an unprecedented ecological disaster that has decimated the fishing industry in central Vietnam. “This is not just an industrial accident, but a crime and a tragedy that will affect Vietnamese people and their children for generations to come,” wrote the UBCV.

The UBCV’s letter follows a long-awaited announcement by the government on Formosa Steel Corporation’s responsibility for the massive fish deaths and a public acceptance by the leaders of the Taiwanese company, who bowed their heads in apology at a press conference in Hanoi and committed to pay $500 million in compensation.

According to the UBCV, “this is far from sufficient to address the emergency faced by hundreds of thousands of victims” in the central provinces of Hà Tĩnh, Quảng Trị, Quảng Bình and Thừa Thiên Huế. Whereas citizens, researchers and the media had proved as early as April that fish deaths were caused by pollution dumped from Formosa’s plant in Hà Tĩnh, the Vietnamese government was slow to respond. “The government’s reluctance to reveal the cause of the fish deaths provoked the people’s indignation and led to street protests all over the country. It was the pressure of public opinion that forced the government to finally name the culprit, and obliged Formosa to bow down and apologize”. 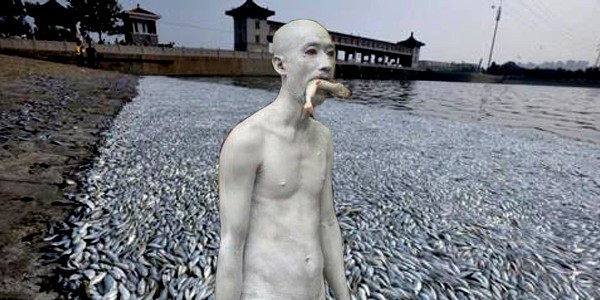 The UBCV also condemned the government’s acceptance of the sum of compensation offered by Formosa without any consultation: “The Communist Party leadership and the government hastily accepted $500 million and ordered the relevant ministries to distribute the money at their discretion without debating the issue in the National Assembly or initiating legal action. This shows the government’s disregard for the rule of law and the demands of its people, as well as the “rubber stamp” nature of the National Assembly”.

In its letter, the UBCV urged the Vietnamese leadership to take the following steps:

1. Bring Formosa Hà Tĩnh Steel Corporation before justice. Only a court of law has the competence to determine the nature of the crime and the corresponding punishment, the full extent of the damages and the amount of compensation required;

2. The Court should investigate and prosecute all those involved in this ecological disaster, including officials in the Formosa Steel Corporation as well as any Vietnamese government officials who may have acted in connivance;

3. To ensure transparency and ensure a fair and impartial verdict, the Court should have full access to all information concerning the catastrophe in the four provinces of Central Vietnam. An independent Commission of Inquiry composed of Vietnamese and international experts, local people and representatives of the victims should be established to enable the Court to examine and assess the extent of economic and environmental damages;

4. In addition to the payment of penalties and compensation, Formosa Steel Corporation must pay for natural resource restoration and the cleaning up of polluted waters. This should be done within a determined timeframe and under the supervision of national and international experts, including United Nations’ specialist agencies;

5. Considering that Formosa Plastics Group, the corporation’s parent company, has a long history of harming the environment and received the “Black Planet Award” in 2009, Vietnam should terminate all Formosa Steel Corporation’s ongoing projects in Vietnam in order to avoid further disasters to the Vietnamese people and their environment;

6. The National Assembly should swiftly adopt a Law on Demonstrations to provide a legal framework for people to legitimately express their grievances through peaceful, public protests. “Currently, the government’s aim is to render the people blind and deaf, to prevent them speaking out against these multiple social challenges and encroachments on their waters and lands”, wrote the UBVC.

Share
Previous At the 32nd Session of the UN Human Rights Council:
Vietnam Committee on Human Rights denounces violent repression of demonstrations in Vietnam
Next Australia must press Vietnam for concrete progress at upcoming Human Rights Dialogue in Hanoi