The Observatory for the Protection of Human Rights Defenders, a joint partnership of FIDH and the World Organisation Against Torture (OMCT), requests your urgent intervention in the following situation in Vietnam. 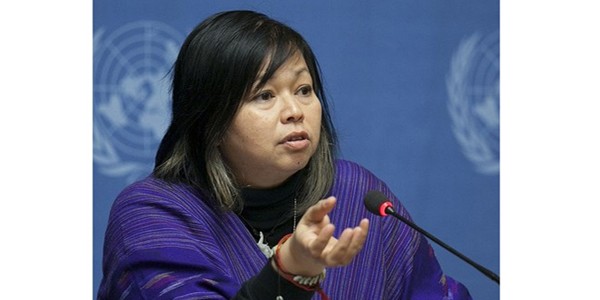 Description of the situation:

The Observatory has been informed by reliable sources about the arbitrary detention and imminent deportation of Ms. Debbie Stothard, Secretary-General of FIDH and Coordinator of the Alternative ASEAN Network on Burma (ALTSEAN-Burma).

According to the information received, on September 9, 2018, at approximately 3:00pm, Vietnamese immigration authorities at Hanoi’s Noi Bai International Airport barred Ms. Stothard from entering the country upon her arrival and detained her. Authorities justified the restrictions by invoking Article 21(9) of the 2014 Law On Foreigners’ Entry Into, Exit From, Transit Through and Residence in Vietnam. Article 21(9) bars individuals from entering Vietnam “for national defense, security or social order and safety.”

Ms. Stothard was traveling to Vietnam in order to attend the World Economic Forum on ASEAN (WEF), which is scheduled to take place in Hanoi from September 11 to 13, 2018. Ms. Stothard had been invited to speak at a panel discussion on “Innovation Under Stress”, scheduled for September 13, 2018.

Ms. Stothard was subsequently informed that she would remain detained at Hanoi’s Noi Bai International Airport overnight and be deported to Kuala Lumpur, Malaysia, on the morning of September 10, 2018. Ms. Stothard was not given access to a lawyer.

On September 6, 2018, WEF staff members were informed by Vietnam’s Deputy Prime Minister’s Office that Ms. Stothard had been blacklisted because of her human rights work.

The Observatory strongly condemns Ms. Stothard’s detention and imminent deportation, which seems aimed at punishing her for her legitimate human rights activities in the region.

The Observatory also recalls that the United Nations Working Group on Arbitrary Detention (WGAD) has considered “arbitrary” the deprivation of liberty of human rights defenders who seek to enter a third country to peacefully exercise their rights to freedom of expression, freedom of assembly, and freedom of association (1).

Please write to the authorities of Vietnam asking them to:

i. Immediately and unconditionally release Ms. Debbie Stothard and guarantee, in all circumstances, her freedom of movement and that of all human rights defenders in Vietnam;

ii. Put an end to any harassment against all human rights defenders in Vietnam, and ensure in all circumstances that they are able to carry out their legitimate activities without any hindrance or fear of reprisals;

iii. Conform to the provisions of the UN Declaration on Human Rights Defenders, adopted by the General Assembly of the United Nations on December 9, 1998, in particular with Articles 1, 5(b), and 12.2;

Please also write to the diplomatic representations of Vietnam in your respective countries.

Kindly inform us of any action undertaken quoting the code of this appeal in your reply.

The Observatory for the Protection of Human Rights Defenders (the Observatory) was created in 1997 by FIDH and the World Organisation Against Torture (OMCT). The objective of this programme is to prevent or remedy situations of repression against human rights defenders. FIDH and OMCT are both members of ProtectDefenders.eu, the European Union Human Rights Defenders Mechanism implemented by international civil society.

Cambodia/Laos/Thailand/Vietnam: Address enforced disappearances, deliver justice for the victims and their families